State Representative and Alder Samba Baldeh -
I’m honored to endorse you my friend. You have demonstrated your commitment to making life better not only for the south side of Madison, and all of District 14 but the city. I have seen first hand your advocacy, ability to compromise and work with others. You have a strong record as an advocate for public safety and common-sense police reform.

State Senator Kelda Roy -
Alder Carter is a fierce advocate for the neighborhoods and constituents she represents. I appreciate her focus on the wellbeing of seniors, transit, and affordable housing. I am endorsing Sheri for District 14 Alder because her beliefs, advocacy and commitment to South Madison and the City as a whole makes her the right choice to move the City forward.

​Sheri Carter has a proven track record of leadership in the community, in her district, as well as on the City Council.  Sheri has served on many boards including Arbor Hills Neighborhood Association, Penn Park Partners, and supporting Goodman South Madison Library.  Sheri has been a leader on the City Council serving as Vice President and currently the President of the Council. During these critical times, we need proven leadership that can clearly represents Madison's diverse population. Sheri Carter is that person and is the right choice.

Former Alder Allen Arnsten -
​Madison Common Council President Sheri Carter Has a proven record on strong advocacy for South Madison and the 14th district.  I served with Sheri on the City Council and have worked closely with her on numerous neighborhoods issues, such as Truman Olson affordable housing and grocery project. Sheri has the respect of Alders, and City of Madison professional staff. I wholeheartedly support her for re-election 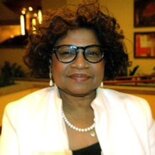 Alder Barbara McKinney-
I am endorsing Sheri Carter for District 14 Alder because of her proven track record of core self values, respect for others, full engagement in community service and she embodies principles of the highest integrity. She is the right person who sees the vision of a thriving South Madison, City of Madison and for all its neighborhoods. 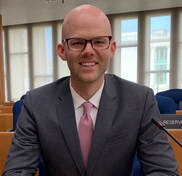 Alder Zachery Henak-
Council President Sheri Carter is always looking at Madison from the perspective of how to promote and advocate for District 14. President Carter is a dependable and strong voice on The Council. Her ability to listen and find common ground as Council President during the unprecedented events of the passed year have consistently impressed me. It is with strong conviction that I endorse Sheri Carter for District 14 Alder.
Marjorie Passman - Retired Teacher, Former member of the MMSD Board
I wholeheartedly support Sheri Carter for District 14 Alder. Sheri has brought leadership, intelligence and insight into her role as Council President. Our District is fortunate to have a representative with a broad base knowledge of the many disparate needs of our Community. Alder Carter's skills and experience will continue to provide leadership to the whole City as well as  as District 14.